In the last few years of the 20th century, amid the scramble to mitigate the dreaded Y2K doomsday event, enterprises were rapidly integrating the Web into their processes, both internal and external. Early digital marketing initiatives manifested in the form of simple HTML web pages and basic email campaigns while early cloud-based CRMs and ERPs began to firmly root themselves into enterprise business culture. These events represent the first epoch in the history of the Internet.

Enterprise marketing departments had only a brief chance to catch their collective breath before the second epoch of the Internet came crashing onto the scene: social media. A decade-long scramble to integrate with the major social media channels like Facebook and Twitter was a particular challenge because of how quickly these outlets were changing the way their own software worked as they reacted to a shockingly fast rate of adoption by hundreds of millions (and now billions) of users. Social media changed the business landscape profoundly because it introduced a new communication modality that was unlike anything that came before it. At least emails were similar in concept to actual mailed letters, but the notion of social media chats, likes, shares, and trends was like nothing marketeers, or humans in general, had seen before.

It has now been about two years since we could safely begin to say that most enterprises have a presence on the major social media channels and now we are due for another major epoch in Internet history: the rise of the digital assistant. Once again the scramble for adoption and integration will be like nothing we have seen before. The stakes will be higher, the variety of outlets more profound, and the output of actionable data profoundly richer.

During the first Internet epoch, mass adoption of the World Wide Web, the few new modes of communication that surfaced were natural replacements for their predecessors: email replaced real mail and early search engines (although not particularly effective) replaced the Yellow Pages. These were straightforward changes that were relatively easy to implement on the enterprise side. During the social media epoch, posts began to replace emails as a means for marketing a product and providing customer service. The new epoch that is upon us, however, represents an explosion of modalities that are very personal in nature and as diverse as they are disruptive.

Consider that the past few years alone have seen the rise of personal digital assistants and the rapid fading of traditional industries like newspapers and taxi services in lieu of delivery methods that are made more personal by making full use of technological advancements to meet customer demands. Two years ago, very few of us were barking orders into our smartphones to do things like send a text, schedule an appointment, or get the weather forecast. Today, most of us do this multiple times a day except we aren’t just barking orders at a phone any longer, we are also interacting with smartwatches, smart speakers, smart media consoles, and even smart refrigerators! 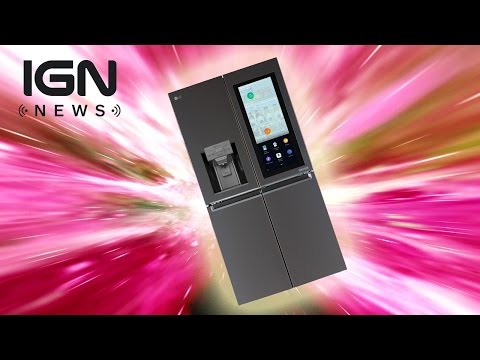 So what has all of this to do with enterprises? To us, the answer to that question is clear: customers have adopted the digitization and personalization of everything as rapidly, if not more so, than they did social media and are already demanding that their needs are met in a personal way using the modalities that they prefer whether that be via an Amazon Echo device, a personal assistant like Siri, Samsung Voice, or OK Google, or any number of emerging smart, connected appliances such as televisions and refrigerators.

Connected devices offer skills that their owner can request on-demand with the simple use of their voice. For example, Domino’s Pizza has released a skill on Alexa–the personal assistant behind Amazon’s Echo devices–that allows customers to order a pizza. There are many skills that can be created to give your customers new ways to engage with your brand such as online ordering, product recommendations, order status checking, and so forth. For example, a Vineyard published a skill allowing customers to ask for the best wine to pair with the dish they are cooking. A local urgent care facility could allow customers to set an appointment as they gather their keys and put their feverish toddler into the car so that their wait is limited when they arrive at the facility. Enabling skills of this type of personal nature tip the scale when customers are deliberating with whom to do business.

The digitization of everything does not only represent a change in how customers engage with brands, it also represents a change in the way operations can be carried out in an enterprise environment. For example, enterprises are beginning to embrace the concept of an office digital assistant in order to make both knowledge and trade workers more efficient. Each day brings new mash-ups between these digital assistants and common enterprise platforms like Salesforce, Slack, or even Microsoft Office. Building a skill to accomplish a particular enterprise task on these digital assistants does not necessitate the need for typical user interfaces which results in a much lower development cost and more rapid delivery schedule. According to Cisco, 60% of 2000 surveyed organizations indicated that they are seeing a positive ROI on their investments in personalization technologies.

As we enter this third, and very transformational, the epoch of Internet history it will be critical that enterprises adapt and adopt digital assistants quickly to avoid being left behind by customers and employees who wish to engage with your brand through the use of them.

At Polyrific, we have experience in developing digital assistant skills and tying those skills to established enterprise libraries that integrate back-end systems like Salesforce and Oracle. Don’t be left behind in this revolution,  please contact us to learn more.

August 9, 2019/by matt.cashatt@polyrific.com
https://www.polyrific.com/wp-content/uploads/1970/01/20.png 500 1600 matt.cashatt@polyrific.com https://www.polyrific.com/wp-content/uploads/2022/06/Cloud-Hosting-Software-Engineering-Polyrific-2.svg matt.cashatt@polyrific.com2019-08-09 00:00:002022-12-06 15:48:39The Web is Not Enough
Scroll to top
Manage Cookie Consent
To provide the best experiences, we use technologies like cookies to store and/or access device information. Consenting to these technologies will allow us to process data such as browsing behavior or unique IDs on this site. Not consenting or withdrawing consent, may adversely affect certain features and functions.
Manage options Manage services Manage vendors Read more about these purposes
View preferences
{title} {title} {title}